In French Guyana, the emergence of sustainable French cocoa and chocolate

Will we have French chocolate for Christmas in the next few years? Perhaps, thanks to a new movement of cocoa production and processing in French Guyana.
In 2020 and 2021, Pierre Johnson coordinated a study for the development of a “sustainable cocoa and chocolate originating from French Guyana“, at the request of a corporate sponsor and the  Chamber of Agriculture of French Guyana, and with the cooperative consultancy Tero. With Cesar Paz, creator of the Norandino cooperative in Peru, we met in early 2020 all the producers and actors likely to support this development. Gathered early November in a workshop for two days, current and prospective producers and their possible support shared their experiences and together built a vision for the future of a cocoa and chocolate of excellence, made in French Guyana and therefore in France. Continue to read our first assessment.

In French Guyana, the first cocoa plantations are over 200 years old, most being currently set aside. Current cocoa and chocolate producers can be counted on the fingers of one hand, but several farmers have planted cocoa trees and are starting to participate in the development of this sector. The commercial potential of cocoa from Guyana is quite important for the years to come. The current production, of some 30,000 bars and several thousand cocoa sticks (a traditional product for cooking), has been sold without problem for several years in French Guyana, despite high selling prices. In addition, a genetically homogeneous local variety, called guiana, is in the process of biological and organoleptic characterization, under the supervision of CIRAD, a French agrononmic research center. Even though the results should not be known before several years, they should contribute to diversity and attractiveness of Guyanese cocoa.
Chocolate from French Guyana attracts consumers for its heritage value, resulting from old plantations, exploited extensively, or new ones, developed according to agroecological models. The cocoa producers and processors in Guyana have for the most part an individual approach. Different production models have been observed and analyzed: 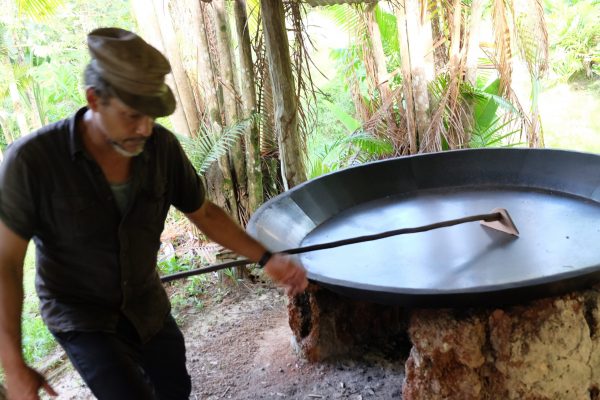 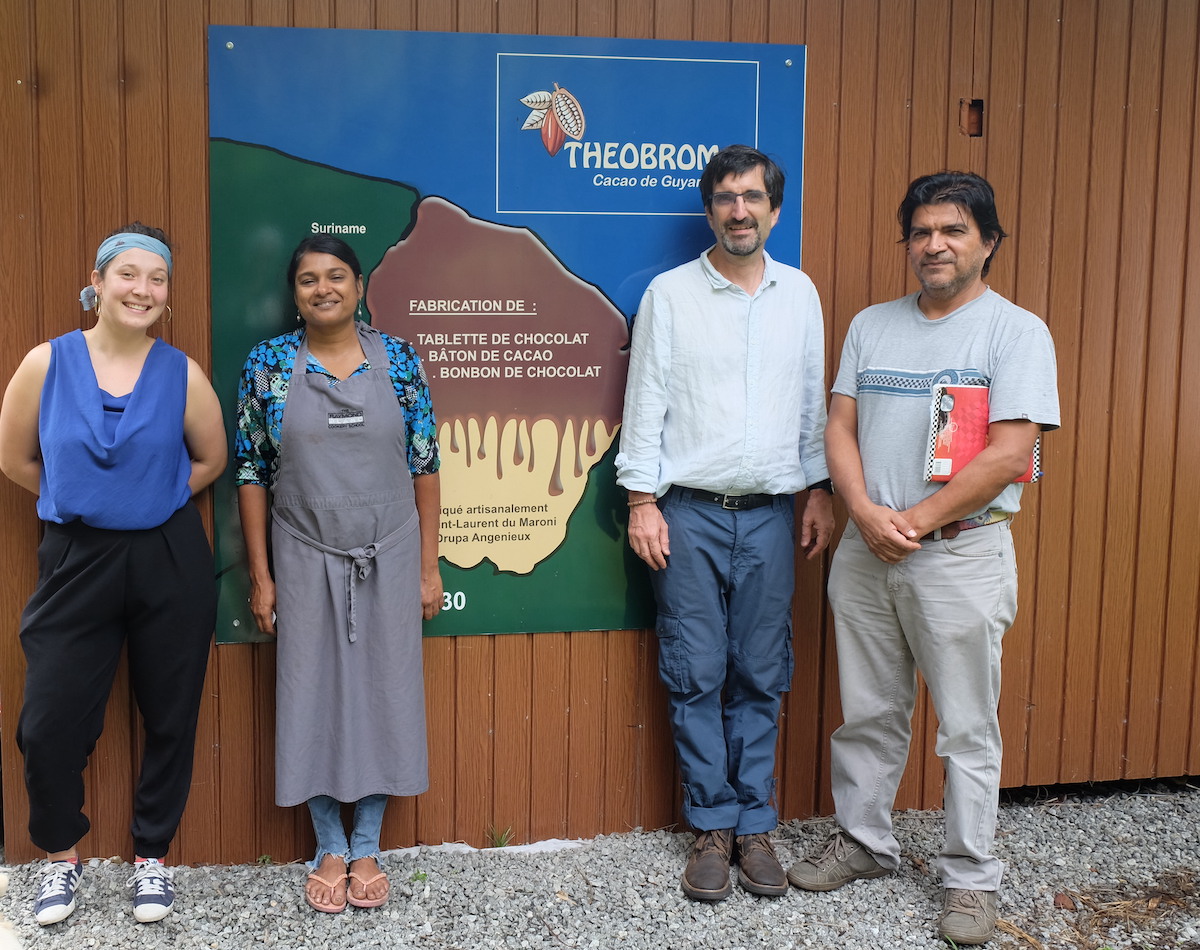 To achieve a product of superior quality, significant efforts should be directed, from a technical point of view, towards the still insufficient stages of production and first transformation, consisting of the fermentation and drying of cocoa.
The workshops that we organized on November 4 and November 2020 clearly showed the desire and the need for exchange and sharing of practices, know-how and questions, in order to create a process of mutual learning and to encourage other producers to get started in the sector. The investment contemplated by a local SME and several farmers in small-scale chocolate processing units will represent a driving force for the development of the cocoa – chocolate sector in Guyana from 2021.
This development will however require significant collective efforts over a period of at least 5 years in terms of training and technical support for production and primary processing, investment in processing tools and market orientation. The common vision shared by all stakeholders is that of high quality local production. First intended for the local market, then for export, its promotion will be based on a collective approach to promotion, through a collective brand or even a protected geographical indication. The organic and / or fair trade certification of local production could also contribute to the visibility of this product of the Guyanese are. French Guyana cocoa can thus be a product that fully expresses the Guyanese identity in all its richness and diversity, through its quality and through the enhancement of its history and its territory, culturally, socially and ecologically. There is no doubt that word on cocoa from Guyana will be spread.
The period of 2021 to 2025 will  bring significant growth in cocoa cultivation and chocolate production in French Guyana!