This dynamic sector fully contributes to the country’s economic development. The assessment of production and trading costs and challenges for organic soybeans provided the ground for informed advice for the sustainability of the growth of this sector.

Organic soy is today one of Togo’s most dynamic export crops. Twenty exporters are organizing and structuring the sector, for a total of exported production in constant growth for 4 years (more than 12,000 tons). This dynamism is driven by a growing global demand, particularly for the organic farming sector (Europe and North America), but also by the many comparative advantages of organic soybeans from Togo, the only country in the sub-region to have developed this sector for export. 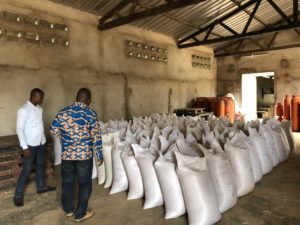 The organic soybean value chain is organized according to the principles of contract farming, in which export trading companies strongly control production and thousands of small producers, either directly or through intermediate structures. It is usually exporters who take the initiative of organizing the producers. Intermediate structures, suppliers or “aggregators” of the product assume variable functions, sometimes fulfilled directly by the exporters, that range from technical extension and training of the producers, guarantee for the access to microcredit, and setting up internal control systems required by group certification.

The study of production and marketing costs for organic soybeans showed that the margin of the producers without being negligible, remained low compared to the work invested. Producer management is a key function of the organic soybean value chain. But access to the international market and pre-financing of the harvest remain the keys to achieving added value.

A value chain under tension

In 2015, Bio4Ever, a historical operator of the organic soybean sector in Togo and Benin, saw many of its containers downgraded by its organic certifier, because of the contamination of some lots. The reasons for this contamination are still to be elucidated. Hundreds of small producers are still waiting for the payment of this crop by the exporter, whose activity has sharply decreased. This case gave a blow to the reputation of the sector, which however emerged again thanks to the integrity young leaders current practices and the quality of exported soybean (high protein level, low humidity, no trace of contamination).

The financing of production remains an important issue for economic operators. Indeed, opportunistic traders try to buy organic soybeans a few months after the first purchases are made by specialized organic exporters (after the November and December harvest), at higher spot prices due to the product’s scarcity at this time of the year, with the aim of provisioning the conventional non-GMO soybean market, which many countries are now seeking. The paradox is that the price of conventional soybean becomes higher than or equal to the price of organic soy at that time of the year, because of the global shortage of the produce from January or February.

Challenges that can be overcome

More agile and important financing channels would allow specialized operators to purchase more of the production at the beginning of the season. Greater involvement of producers and their organizations in the value chain, including negotiated commitment agreements with intermediaries or exporters on better terms, would also contribute to this. Yields can increase with better technical supervision if producers find out it is of their interest. Soybeans in the subregion also face erosion in the performance of varieties developed by the International Institute of Tropical Agriculture (IITA) in Nigeria. Research on new varieties is underway. 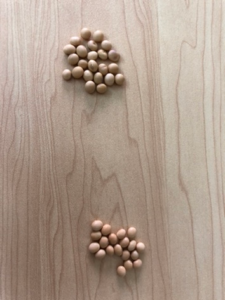