Our third chronicle of the European Social Innovation Assembly (SOIA) in Amsterdam is dedicated to the answer to food waste.

The cloud against food waste

In Europe, 30% of the food are thrown away before being eaten.

Multiple causes explain this situation, which can be summarized through our highly normative and fast social life. Thus, fruits and vegetables bent or out of template are thrown away before even leaving the field. Food waste is also huge in retails and catering. The sale deadline dates do not match the specificities of different types of food or  products. We found that even some organic supermarkets, manage their stocks hastily. Can social entrepreneurship be a solution to this scandalous and stupid issue?

During the European Social Innovation Assembly in November 2013, Iseult Ward, young Irish social entrepreneur, presented FoodCloud, an initiative aiming at limiting food waste by tapping into the social power of the new information and communication technologies. Specifically, FoodCloud connects restaurants, markets and supermarkets with edible surplus close to expiry dates, or damaged fruit and, vegetables, with charitable organizations who can offer this still good and healthy food to people in need. Presented by Isolde, young Irish, this approach makes an intelligent and non-intrusive use of mobile technologies (the famous “apps”) that embodies this idea in an agile and efficient system.

Uncollected fruits of some gardens in some countries and regions are an untapped resource, not only for food security but also for the employment of people sometimes distant from work.

Apleslang, “Stolen apples” in Norwegian, was born from the observation, made by one of Anne’s three daughters (Anne is founder of the company), that most apples individual from gardens Oslo were not eaten. Instead, they are sometimes a nuisance during maturity when they fall and rot in the gardens or the streets. 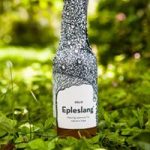 The idea then arose to give the opportunity to people with the Down syndrome to work at the collecting, processing as juice and selling of those apples. This activity has already created four jobs, allowing people with disabilities to work at their own pace, to anchor themselves more or less expressive in nature, without anybody seeing wrong to it. No inhabitant of Oslo has ever asked to be paid for their apples!

An example of “frugal innovation”, Anne’s personal investment  to launch this project was 2000 euros. We can measure the intelligence and value-added of this initiative, when we know that creating a job in France costs 100 000 euros at least to the community.