During the summer of 2018, we were chosen by Salvaterra to conduct the evaluation of Équité 1,first edition of a programme supporting the development of Fair Trade in West Africa, and implemented between January 2016 and March 2019 in five countries (Burkina Faso, Côte d’Ivoire, Ghana, Mali and Togo), for Burkina Faso and Togo.

Two specificities of this programme followed by Fair Trade France (CEF) as contracting authority and on the field by Agronomists and Veterinarians Without Borders (AVSF) and FTA-WAN, financed by the French Development Agency (AFD) and the French Global Environmental Facility (FFEM), were to encourage the autonomy of producer organizations, which could present their own projects, and to articulate fair trade and agroecology.

In Burkina Faso and Mali, I visited the main cooperatives involved, which operated in the following sectors: shea butter, cashew nut, fruit (mainly dried mangoes), often diversifying their production and activity with sesame and Hibiscus sabdariffa for the bissap. 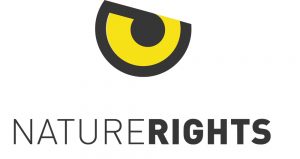