Paris Climate Agreement: a glass half full or half empty?

Two years of intense preparation, two weeks of negotiation, and mobilization of civil society, despite the state of emergency and the ban on demonstrations. Are the results of the Paris Climat conference commensurate with the mobilization of the different actors? 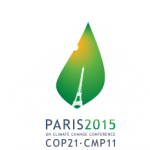 The Paris Climate Agreement, agreed on 12 December 2015, involves 195 countries and the European Union to maintain global warming between 1.5 ° C and 2 ° C by 2100. All the parties conveyed have signed the agreement, From the world’s poorest countries to the oil-producing countries, to the industrialized countries, and so-called emerging countries such as China, whose enormous energy needs are growing. This is the first time that a universal climate agreement has been signed. The United States had not ratified the Kyoto Protocol on Climate Change and that Canada had quickly withdrawn from this agreement to engage in the production of the “dirtiest” oil, from the oil sands of the boreal forest, soon followed by Australia.

This time, all the States represented at the UN, almost all the States of the planet, signed this agreement. It is a success of the French diplomacy, it was precisely stressed in the press. To avoid the pitfalls of previous negotiations, states were invited to publish their pledges even before the final round of formal negotiations. After the rich countries, India, Brazil and China committed to quantified targets, which eventually limited its CO2 emissions, which reduced the “carbon intensity” of its economic growth. These commitments must allow faster and more flexible implementation of the agreements as soon as it is ratified in April 2016. Together, however, the 188 commitments announced raise average temperatures on Earth by 3 ° C and not 1, 5 to 2 ° C projected.

But ultimately, it is not so much the weakness of some commitments that should worry the observers, but rather the limits of the system of global governance for the environment and the climate. Let us first recall that this agreement, announced as binding, is not really binding, by lack of sanctions for states that do not respect their commitments. Their only real obligation is to publish their emissions figures year after year. There is no sanction mechanism for those who exceed their commitment.

Let us recall that the governance of world trade is much more constraining. The World Trade Organization has set up a Dispute Settlement Body, which regularly condemns States that violate agreements, at the request of other States, the fines amount to millions of dollars. The transatlantic and transpacific free trade agreements negotiated at a time when the Paris Climate agreement is to be implemented, with which they may be contradictory, provide for arbitral tribunals, which may be seized by companies against States or local authorities Territorial, following the same principle.

Finally, the Paris Climat Agreement commitments are counted from the year 2020. Scientists agree that the next 10 to 15 years will be decisive in counteracting climate change, and that this transition will take time , Due to the inertia of our industrial system and also the climate itself. Why lose decisive years yet?

Equally serious is the deliberate “forgetting” of two issues, carried out by civil society organizations, in particular:

Is it necessary, therefore, to claim that the Paris-Climat agreement is a “scam”, as James Hansen *, the first scientist to have drawn the attention of the political world on global warming in 1988, said? Or is it necessary to affirm with John Kerry: “It is a success for all, for the planet and future generations”? You can always read the text of the agreement to get a better idea of ​​what it contains.

The two positions mentioned are both arguable. Is it not important to understand the scope and limits of the commitments made by States under the Paris Climate Agreement and to demand that commitments be followed today by acts? Further commitments will be needed, particularly on the two hidden parts of the agreement (see above). It remains to place this agreement in law at the same level, and even above the rights of commerce, because “there is no economy on a dead planet” or even on a planet hostile to human life.