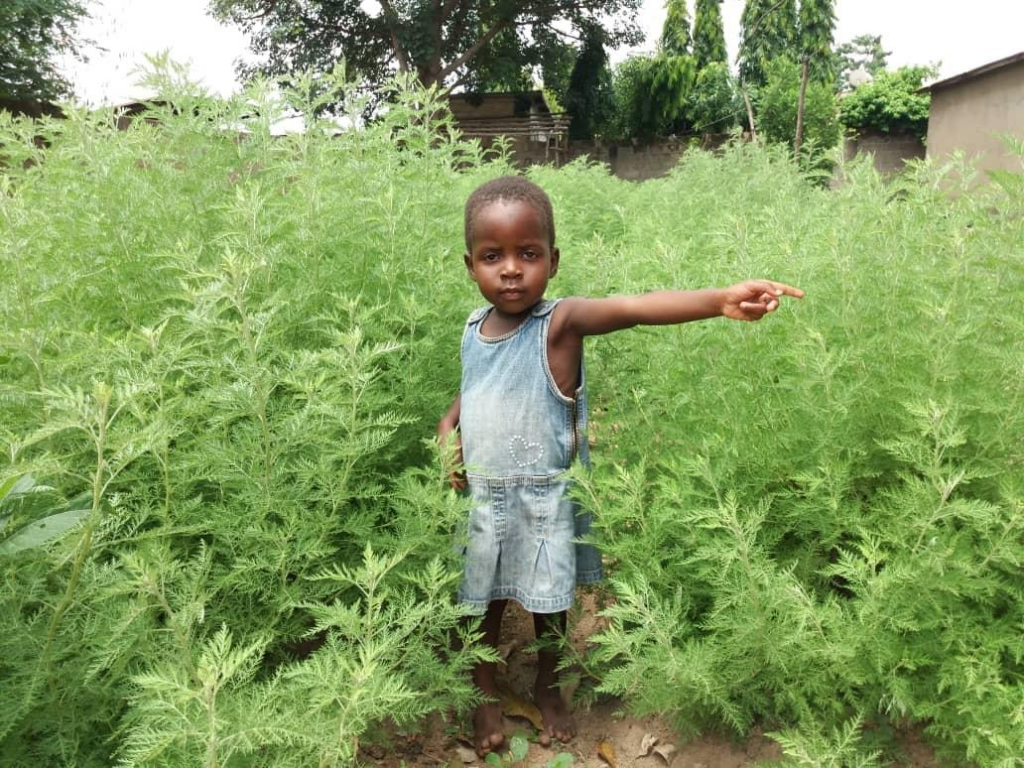 Against the coronavirus, can African countries promote a herbal remedy derived from traditional medicine? A controversy on this issue reveals the opposition between two models of health.

On April 20, when the epidemic due to Covid-19 had yet made few victims on the African continent, Andry Rajoelina, President of the Republic of Madagascar, presented to the press an “improved traditional remedy” called Covid-Organics. Made from medicinal plants, this remedy can be taken as a decoction, an infusion or directly in a bottle, which the president did in front of the cameras.

The press release [the web page of the presidency is currenty offline] mentions without further details that the remedy « made in Malagasy » is composed of artemisia1 (actually Artemisia annua, one of the species of the genus Artemisia) and medicinal plants endemic to Madagascar, and that “Madagascar produces the biggest quantity and the best quality of artemisia”.

The initiative rose the interest of African heads of state. A few days later, nine of them gathered by videoconference – because of the pandemic – to listen to Andry Rajoelina extolling the preventive and curative virtues of his remedy, “more effective and less invasive than chloroquine“. A few weeks later, Madagascar graciously delivered cases of Covid-Organics to some twenty African countries. On May 20, the Haitian president authorized testing of the Malagasy remedy in Haiti, and praised “African science“.

The initiative did not, however, arouse the enthusiasm of the World Health Organization (WHO). On May 4, the Geneva-based institution recalled, in a statement warning, that tests must be carried out before any large-scale use, “even when treatments are derived from traditional practice and from nature“. Madagascar is conducting such tests under the authority of the Madagascan Institute for Applied Research (IMRA)​​… but the timeline has been reversed between the Covid-Organics tests and its dissemination. On launch day, IMRA had only tested less than a dozen people. The President of Madagascar answered to the critics by concluding: “What’s wrong with Covid-Organics? The problem is, he’s from Africa.” Dr Jérôme Munyangi, a Congolese scientist who has devoted his career to researching responses to malaria, specifically through Artemisia annua, advocates for strict and thorough studies to determine the effectiveness of this treatment.

In fact, Artemisia annua is not a newcomer to illness and antiviral treatment. Used for over two thousand years in southwest China, this annual plant gave rise to intense research during the Vietnam War, leading to the extraction in 1972 of one of its active ingredients, called artemisinin. This substance, the study of which received a Nobel Prize in medicine in 2015, is used in the latest therapies for malaria developed by the pharmaceutical industry. This plant was also widely used in China during the Sars-CoV epidemic of 2002-2003, scientific studies having been carried out since then, with positive results.

WHO’s reaction echoes the low-intensity war between the multilateral organization allied to some pharmaceutical companies, on the one hand, and actors seeking to promote less expensive, herbal health solutions, on the other hand. The former advise against monotherapies based on artemisinin, but also on Artemisia annua in infusion or decoction, to prevent the parasite from becoming accustomed to the molecule. In doing so, they fuel confusion. In fact, artemisinin is only one of the dozen molecules in Artemisia annua, and no such addiction has been noticed over centuries of using the plant as a decoction or infusion. This is not the case for the use of drugs containing the sole molecule.

In 2013, the WHO had developed and approved a Strategy for traditional medicine for the decade 2014-2023. But the budget of the multilateral organization depends less and less on States and more and more on public and private donations. The Gates Foundation, known for its proximity to large private groups4, was for example its second largest donor, behind the United States, until 2019. This could explain the evolution of the WHO position, as the use of Artemisia annua in decoction has met with unexpected success. In fact, in recent years, several dozen producer groups have appeared on the African continent, which market dried Artemisia leaves in small bags, for the prevention and treatment of malaria. There is even a House of Artemisia (Maison de l’Artemisia), a French association created in 2013 which has established a protocol guaranteeing the quality of the finished product. Faced with new outbreaks of malaria in recent years, several African states, such as the Democratic Republic of the Congo and Burundi, are now calling for this solution. The use of the plant has also proven its effectiveness against malaria in randomized double-blind clinical trials5 conducted by Dr Jérôme Munyangi in DRC.

The debate between defenders and detractors of Artemisia annua recall the profound difference, both in terms of health management and of economics, between the dominant approach to health, in which pharmaceutical companies are the main producers and suppliers of health services, and the approach of communities, local actors and States developing prevention and treatment methods adapted to scarce local resources. The latter also recalls the concern of a growing part of the Western population wishing to reclaim their own health and become less dependent on a pharmaco-chemical industry that has become suspected of defending powerful private interests.

The WHO, however, underlined in its 2013 strategy document [click on “Anglais” under the document icon as the English version of this page has disappeared] that “traditional medicine (T&CM) is an important and often underestimated part of health care. T&CM is found in almost every country in the world (…). TM, of proven quality, safety, and efficacy, contributes to the goal of ensuring that all people have access to care.” This traditional medicine is often based on plants.

The use of Artemisia annua, a species now widespread on all continents and whose safety is guaranteed by centuries of use (ancient Chinese texts attest to its use for at least two thousand years), thus seems interesting when the pharmaceutical industry cannot provide any medicine or vaccine with proven efficacy against the symptoms of Covid-19. In France, the Maison de l’Artemisia, associated with a group of scientists, wrote on March 23 to the French authorities suggesting that they have clinical tests carried out by the military health service in order to assess the safety of the treatment, to relieve respiratory symptoms and its possible side effects. A letter that was not answered.

Africa has paid a heavy price for malaria for decades, and Artemisia has already saved thousands of lives there

Lacking a response from the French government, the Maison de Artemisia forwarded its proposal to the departments of Health of African states, several of which responded quickly. A Rwandan research office has taken over the clinical trial proposal. The public should recall that Africa has paid a heavy price for malaria for decades, with 94% of the deaths in 2018 (i.e. more than 380,000 deaths, more annually than the global number of deaths from Covid-19 at the end of May 2020). And that Artemisia annua and Artemisia afra (a perennial and endemic African species that has also been shown to be effective against malaria) have already saved thousands of lives on the continent. This background explains the high level of Artemisia annua production in Madagascar.

The controversies behind the use of Artemisia annua in the fight against Covid-19 relate to several dimensions: the political opportunity for Madagascar and other states to promote an “African” solution, the need for a response adapted to an emergency situation and to the limited means of the populations and of certain States and, finally, the misunderstandings, not to say the conflicts of interest, between an approach based on the pharmaceutical industry and a traditional use of medicine, in which plants play an essential part.

On the same subject: Artemisia: a plant, women and men against malaria

1. Artemisia is the name of a very large botanical genus belonging to the Asteraceae family, such as daisies and dandelions. People have been accustomed to talking about Artemisia as a species, when in reality it is a genus that includes at least 500 species. The Malagasy presidency should have, in all rigor, spoken in his press release of Artemisia annua, to identify this species.
2. Endemic: refers to a species or a family of species which exists naturally only in a defined geographical region.
3. The number of farmers cultivating Artemisia annua in Madagascar is estimated at around 10,000.
4. See for example Lionel Astruc, L’art de la fausse générosité. La Fondation Bill et Melinda Gates. Récit d’investigation. Actes Sud, 2019.
5. This type of test is the standard for the development of a new drug or medical treatment. It assumes that there is a sufficient base of people tested, and that they do not know whether they are taking the treatment being tested for effectiveness or a placebo. Those who perform the test also do not know who is given the treatment or the placebo.